the principles of life are simple yet universal

i was driving to my parents' house this morning and some scariness went down. the roads were terrible and covered in ice causing many driving problems. i was making a right turn on I-75 when that horrible feeling hits that my car is beginning to swerve. i wasn't driving super fast but it was fast enough for my car to dramatically sway back and forth. i fought the ice as best as i could and ultimately i made it out okay however not a half of a mile up the way i saw a terrible sight; a church van had completely flipped upside down crushing the entire top half of the vehicle and probably everyone inside. jesus christ. i couldn't imagine anyone making it out of there in good condition and judging by the horrified look on bystanders' faces i knew that tragedy had struck. i witnessed this a great amount of time after the accident occurred because the wreck was in the process of being towed and the flares around the police vehicles had long since burned out. i'm not a very religious person but immediately i made the sign of the cross out of respect and hopes that everyone was somehow safe.

it was a slow drive home. i haven't been home in weeks and besides being at work or school i haven't really left the market too often. it's a beautiful delight of the city to be living in Eastern Market. saturday brings an open farmers' market along with swarms of people with friendly faces. living in the market is pretty cool because people recognize you and hook you up with discounts. there is an imported mediterranean goods place around the way where i go to practice my arabic and buy the best feta cheese you've ever had. vivio's is my watering hole. cost plus sells us cases of beer for dirt cheap. wiggly's has those barrel shaped juice drinks that you haven't seen since elementary school (happy b-day, you!). there are always people working the bar-b-q outside of the jazz bar on russel. gratiot market has a seafood joint where you can get aquatic animals from anywhere in the world.

after putting in my time dealing with winter there is no way i'm leaving this island without experiencing detroit in the spring/summer. i love the city when it is warm out. there are festivals every weekend and i'll be damned if i can't do the belle isle thing soon.

the moon was smiling on me from my window last night. she's an old friend of mine. back in the days of my samoan misadventures i would sleep in the moonlight which creeped in the no-walled sides of my family's pole house. i was told that if you are sleeping in the moonlight you will be caught by horrible spirits that drag your body out of your house and torment you until morning comes. i can't say it ever made it that far but the dreams were always intense. very intense. actually some of them were about things that actually never happened in real life and when i ask people about them i am so convinced they were real that they look at me like i'm crazy.

an old friend emailed me from far away and gave me advice that i once gave him. he must have sensed that my head has been unscrewed and i am thankful for his kind reminders about the random, chaotic and uncertain aspects of both life and love. i was riding on his good vibes for days to come. the principles of life are simple yet universal. change is the only thing constant in the universe. randomness and coincidence go hand in hand. under the circumstances that one has lived in harmony with all life forms one should take seriously these such coincidences because they are a sign that things are heading in the right direction. old friends and random encounters from strangers or lovers are actually hidden messages that one should pay close attention to. when you run into someone you haven't seen in a long time or when you run into a pretty girl at the bar you shouldn't immediately get caught up in triviality, i feel that your chance encounter with this person is an opportunity to learn something and practice the long lost art of listening. love should be spread however not spread too thin. 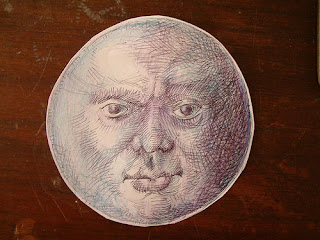 the craziest thing about life is that we share our world with other people and beings who are also alive. it is so easy to get caught up in the idea that it is our world and everyone else is just a sub-character but in reality it is useful to know that everyone feels this way. that's what makes life so amazing is that we have the ability to enter someone else's world and play a role in their lives. you really shouldn't cut into anyone's happiness because just like you they are fighting the same good fight. i've been blessed with the invitation into the world of some really wonderful people. with them, every moment is an experience of learning and i think it is safe to say that in many instances i have found that my world has been reshaped and redecorated with the pieces of those people i take with me. i was really high the other day and i walked slowly down the four flights of stairs between my loft and the outside world. i imagined myself passing by countless numbers of people who i have experienced and it really made me smile to think that i've been so fortunate. some of those people have served different roles in my world and therefore stand out in the cosmic crowd. i smile at them as i pass and when i see them in real life i show them with a hug and a clink of a beer mug that i appreciate them and love them dearly.
Posted by Mook Fish at Sunday, February 17, 2008 1 comment:

i cannot tell you enough why you shouldn't have put those mints in your mouth
Posted by Mook Fish at Friday, February 01, 2008 1 comment:
Newer Posts Older Posts Home
Subscribe to: Posts (Atom)