it is indeed a very strange set of lives that we live and love. they know us when they see us and we wear our madness well. and the thought occurs to me as i walk alone through the mysterious alleys of some strange detroit nowhere; just when i thought i found my soul i lost it again - but it's out there somewhere like a ghost that hides in the shadows and trees. i'll miss this. i'll miss my tribe as i always miss my tribe when i leave but leaving is what i do. the get up and go that got up and went, as it's been said. and these shadowed walks through strange detroit nowhere give me such a beautiful view into where it is that i come from. and the poison begins to kick in, all is fuzzy and my head echos very strange thoughts. i can't even speak i just float like a beam of light on a wobbly puddle of rainwater. i love this part. she was already a very pretty girl before i poisoned myself. dancer. the musicians on these streets are on some other shit that you wouldn't be into. oh right, and i damn near got bit by a dog. let's piece this story together. four tribesmen on a mission infiltrate a part of town of which they do not hail from. familiar faces and lukewarm looks from strangers surround. tonight, tonight, what will become of tonight? i did wake up with blood on my sleeve.
Posted by Mook Fish at Sunday, July 26, 2009 No comments:

i've always admired courageous people. there is a moment in life when one decides not to orchestrate their livelihood out of fear but rather out of the belief that even after failure, success is still an option. it is this quality which makes one courageous - the absence of accepting failure of a final destination. whereas there are many great minds in the history of man and woman kind whom i have come to respect, it is truly those who step out of their comfort i admire; they continue to walk against opposition simply because they feel they are destined to do so. it is at a particular time in the lives of these individuals that they begin to operate intrinsically rather than in the light of others. they are not selfish however self-aware. they aren't afraid of making mistakes and even more importantly they aren't afraid to learn from them. history has shown us that one will not be remembered unless they are bold. and i'll care less if i am remembered, i just want proof. i want proof that the world is round and nothing more. i'll not call the name of a loved one before i drown, i'll make a silent cheers to the universe for choosing me for this life i've been born into.

fuck. those bold few i speak of do not fear their boss. they aren't afraid to lose sleep over staying out late drinking with an old friend. they tell pretty girls they are pretty. they are man enough to raise children. they lock themselves in terribly inadequate dorm rooms to study the sciences. they travel alone. they fall in love. they dont laugh at racist jokes. they dance even though they look stupid. they sing even though they sound stupid. they create art for life and don't listen to those who tell them otherwise.

absolutely it is a matter of us and them. them, they are jealous and self loathing. them, they regret ignoring their birthrights and their gift of freedom. them, they blame life situations for their own fears. them, they are.. well.. kind of boring..

the hula-hoopers at fourth street fair (or whatever that was last night) always fire me up. it's contagious. i've been wanted to get them to join our busk and dress up like zombies with us and maybe do some juggling. ah fourth street.. the land that once frightened a joe scott. nights at fourth street are like a beam of light and i always wake up in the back of my car late in the early morning having no clue of how i ended up there. handstands help. i am really not sure why i woke up with so much energy but i'm thankful for it. i think its time to get in good shape, it will be helpful in turkey when i start to lose my mind. something interesting was said to me last night that caught my intrigue. it actually was on belle isle quite early in the afternoon when this woman told me i have hopeful and experienced eyes that have seen many things. i always figured this was the smile lines from being punished by the equatorial sun for so long. this comment made me feel at ease somehow. i thought damn, i have seen some things. however as it was once said i've got a lot to teach but even more to learn.

as sunny days are like portals into other sunny days i was transported back to being with jessika in the park in california about a week ago i suppose. i realized that day that a poor quality of myself is that i talk too much. i thought about her back in the sun that beautiful day and how i could say much more with my hands than with words. maybe my eyes are like this. i wonder when it was in the history of our species that we developed the need to have so many words and i marvel in the irony that the more you say the less you really have to say. too often i just feel the need to explain myself so people dont think i'm crazy. my mind is like a bowl of noodles and people give me concerning looks sometimes.

'that day in the sun' - words like this make me lean back in a chair and make that blank look with a smile. i wonder sometimes if that's how people feel when they are off at sea or in prison or fighting in a war. suddenly that day in the sun becomes a safe place they can be teleported to and it feels as if they are still there. shirtless, with green cargo sorts, no shoes, an obnoxious amount of bracelets, hair down to my shoulders, face splashed with water, dirty toes, pen in hand i sit in the sun that gathers out back. i take a break from drawing aliens and flowers that look like aliens to write this and every time it is like going back to 'that day in the sun'. patiently and humbly i lay back and let the grass make prints on my back. sleep lines mean you are still dreaming. i miss you. 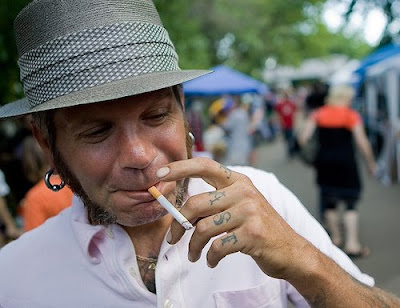 come to the 'what' with me

Fort Worth/Dallas Airport. layover. i look to the people around me checking flight schedules and leaning on the shoulders of loved ones. a bracelet sits in my hand half finished and the stillness in my mind is humbling. i wanted to write you a letter. i wanted to borrow a cell phone and call you, tell you i'm coming back soon, tell you thank you for giving my life the most wonderful of stories - tell you i forgot whose turn it was to tell our story. uncertainty makes one into an author. it makes me question what i'm doing consciously choosing to travel to the farthest places of the world alone. i've learned however to be bold, to follow what truly excites me to its fullest and to be rewarded not monetarily but with a life whose conclusion will paint a wild tapestry open to the interpretation of alien life form to come.. ha.. where was i? i was sad - and i'll admit it.. i'm sad. but our lives are like two sine waves or rather a chaotic double helix (you scientist) and it brings me some sort of happiness. its not magic but a power of nature. we do not force things and make the same mistakes that everyone else does. our eyes change colors but our hearts don't. so i go - i float - i live - the world turns.. and as i leave it feels like things suddenly speed up, that song pops in my head - we sing it to each other in our heads as humming does not do it justice.

come with me.. or lets go back.. either way something isn't adding up right and we both know it. its a big world, those who say its a small world live in a small world. although that would be nice too - can you think of any other time in our lives we've lived in a small world? 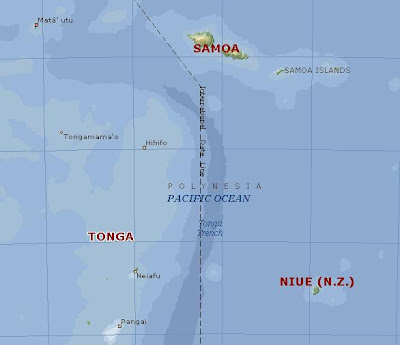